With the evolution of the coronavirus outbreak quickly disseminating across the country, President Donald Trump faces the challenge of controlling the pandemic while respects the boundaries of his constitutional powers.

He considered imposing a short term quarantine order on New York, New Jersey, and Connecticut's residents to avoid the deadly virus spread to other states. Stay-at-home rules aim to flatten the curve to slow the spread of the COVID-19 over many months.

The director of the National Institute of Allergy and Infectious Diseases, doctor Anthony S. Fauci, upholds a national stay-at-home order. However, Vice President Pence revealed that Mr. Trump changed his mind and had decided to do not to interfere in the state's public health decisions.

As the pandemic confront evolves, the critical role of the states becomes clear. They are making the policy moves while the federal government acts distributing resources.

From a constitutional perspective, the question is whether Trump has the presidential power to impose national or multistate quarantine orders.

Well, nationwide lockdown by executive order is not allowed by law, even if Mr. Trump wanted to impose such measures. Instead, the governors have the power to enact the stay-in-home rules. It would need congress' approval or all 50 states' acceptance.

Neither the Constitution nor the Public Health Act authorizes the President to impose national lockdowns. In Youngstown Sheet & Tube Co. v. Sawyer, the United States Supreme Court ruled that the President shall not engage in "lawmaking activity absent express authorization from Congress or the text of the Constitution."

Hence, under the Steel Seizure rule, Congress has chosen more limited presidential emergency powers to deal with the public health crisis. Mr. Trump cannot act contrary to that statute unless there is a specific constitutional provision.

The role of the President in the current health crisis is to coordinate the efforts of States, handing out resources. Thus, he has an essential task in rhetorical leadership, creating unity and calming down the American people.

Mr. Trump's opinion plays a political role in the states. Even more when Republican governors run all of the 12 holdout states. 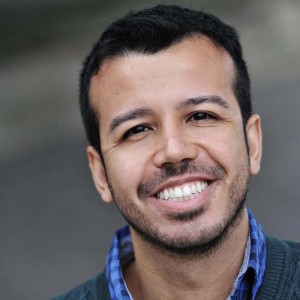 I am a solutions-focused, zealous legal practitioner backed with 15+ years of a career-long record of extensive legal experience with a wide-ranging background in Business Law, Startup Law, Compliance, Immigration Law, Constitutional law, and Human Rights. My alma mater is the University of California - Berkeley.
All Posts

What did we write about?